In its 2017 state of college admissions summary, the National Association for College Admissions Counselling revealed that 49 per cent of US private schools reported employing at least one person whose exclusive responsibility was to provide college counselling.

This figure dropped to just 28 per cent in public schools – where resources are limited at best – and staff members are often required to juggle a variety of different tasks.

“Most of these counsellors have extensive experience in international education”

And while the number of college counsellors working in schools around the globe varies greatly, across China, India, and the Middle East where a US education is held in high esteem, school-based college counsellors employed solely to help students achieve academic success are becoming increasingly common.

Kunal Parekh, managing director of Mumbai-based tour operator Kunal Parekh High School Tours, says that his business partners with more than 75 schools across India, most of which have a college counsellor employed full-time.

Twice per year, Parekh’s company takes a group of US universities to visit high schools across 10 Indian cities to meet with prospective students, their parents and college counsellors.

If a counsellor believes one of the universities could be a “right fit” for one or more of their students, Parekh says they are invited to visit the campus in the US to gain a deeper understanding of the culture, the city, the programs on offer and to develop a good relationship with the admissions staff at the institution. 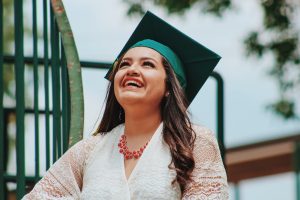 “Most of these counsellors have extensive experience in international education. What they don’t have is that direct face time with universities around the world,” he tells The PIE.

Unlike many parts of the West, Parekh explains, in India, the college counsellor plays an important part in the child’s transition to higher education because they are highly regarded as an expert in the field.

“Many high schools in India have a college counsellor and most that don’t are now moving into that space, because they know the counsellor will bring a level of expertise and ‘handholding’, which is very important in Indian culture,” he says, adding that he now plans to create a similar business model in the Middle East.

But given the competitive nature of the modern academic environment, coupled with the increasing stress and societal pressures young people are facing, few school-based college counsellors around the globe would say their job is solely focused on helping their final year students select a suitable institution and navigate its application process.

It’s something that head of university advising at the east campus of UWC South East Asia in Singapore, Pamela Kelly Wetzell, understands all too well.

As UWCSEA caters for students across 75 nationalities, and 100 per cent of the students go on to higher education, Kelly Wetzell says her team of five full-time counsellors need to be well versed across a variety of areas.

“I think high school has become much harder in terms of pressure and expectations, but if we can support a student through the whole process, it makes for a very satisfying job.” she tells The PIE.

Given the rising cost of education in historically popular study destinations, parents increasingly play a hands-on role in the application process, and managing their expectations is another aspect of a college counsellor’s job that needs to be carefully handled.

“Certain international school families have a belief that the big name schools must be better than everything else,” says Kelly Wetzell.

“So part of the job is building a culture where we celebrate success for everyone, and success can look like a lot of different things.”

Of course, using the services of a college counsellor is not just about getting students into the top schools either, Pakistan-based high-school counsellor Fizza Suhail tells The PIE.

At Lahore American School where Suhail works with students from as early as ninth grade – many already with one eye on the US, UK or Canada for their future studies – she believes the most important thing is to help students reflect on their own strengths and weaknesses to help them find “the right college fit”.

“On paper, the kid can look right for the school, but it’s the counsellor’s job to see if that school is right for the kid,” says Suhail, who uses her first-hand experience of graduate school at the University of Pennsylvania to help explain the expectations involved when studying at such prestigious institutions.

“Yes, they might have the grades and the transcript to get into an Ivy League school, but as a counsellor, if you know the kid is not a natural go-getter, a competitor, or if they don’t enjoy being constantly challenged, you know they are going to be miserable two years into their course.”

“There is an important conversation to be had with parents and students around ‘fit’ versus being result-driven,” agrees Erika A. Toren, director of College Counseling and Student Services at TASIS, The American School in the UK.

“Beyond the glitz of national rankings, finding ‘the best’ university requires honest self-reflection, as ‘the best’ means something different for each student.”

But for those counsellors who are expected to not only help students on their academic journey but also nurture their mental and emotional wellbeing, discovering the best-fit post-secondary education becomes wrought with yet another layer of complexity.

For counsellors working in certain parts of the world, discussing mental health concerns can be a sensitive, even taboo topic due to the cultural stigma associated with it. 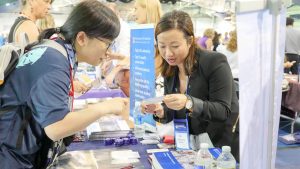 Lee tells The PIE that although the college counselling component of the role is his main focus, he believes the overall wellbeing of the student is just as important.

“East Asian culture is a ‘shame-based’ culture, so the whole idea of having social or emotional issues is something that gets suppressed tremendously,” he says.

“A lot of the time, questions around a student’s social and emotional needs come up when they are impacting their results or their grades drop.

“But the parents say, ‘we’ll figure it out later, right now let’s just get my child into college’,”.

With the US topping the list of desirable study destinations for students at Yongsan, Lee explains that many East Asian parents believe that colleges overseas will automatically meet all the social or emotional needs of the student, and “because college success is so highly revered, that’s the primary focus”.

“The way I counsel students is by starting with their wellbeing,” he explains. “So I make sure the campus environment is the right fit, that they will be sufficiently supported, academically challenged and that they will have success when they graduate.”

So with the immense benefits that young students gain through having access to the advice of a college counsellor, why are certain locations, particularly ones with a strong focus on encouraging periods of international study, slower to incorporate the role of full-time college counsellor into their education systems than their counterparts?

“Part of the problem is that people in the UK don’t expect a university to be a transformative experience – academically at least – and culturally, it’s not the same thing as going to college in the US,” explains David Hawkins, director of UK-based independent university advising consultancy Hawkins Global Education.

“Additionally UCAS [Universities and Colleges Admissions Service] is a simple applications process, so if a student ends up doing history in Warwick, when really they should have done liberal arts in the Netherlands, it’s is hard to quantify, because most students do alright.”

Having previously juggled two roles as a history teacher and career counsellor at Taunton School in England before taking a role as the head of college and careers counselling at the International School of Brussels, Hawkins tells The PIE that the difference between the countries is astronomical.

“In Taunton, I was teaching a history timetable 80 per cent of the time. Whereas in Brussels, I had five full-time staff, a  large budget of €60,000 per year and no teaching commitments at all. That’s a massive difference.”

So while college counselling on a global scale may not yet have reached the dizzying heights of that  achieved in countries such as the US, there is no doubt that the sector is booming, and the value of having an adviser who can help navigate the tricky path to academic success – whatever success means to each individual student – is increasingly being recognised too.

This is an abridged version of an article that originally appeared in The PIE Review, our quarterly print publication.

The post Global guidance: the evolution of college counselling appeared first on The PIE News.