Shortly after the Russian invasion began, Andriy Bovan, a physics teacher, joined the thousands of other Ukrainians enrolling in the national army to help defend his country. In between fighting, Bovan puts down his gun, opens his laptop and runs online science classes for his students.

Meanwhile, Olena, a university professor, hides underground in Kharkiv. As shells fall above the ground, she delivers lessons to the children she shares the bomb shelter with.

In the midst of conflict, education continues.

“They had two years of covid and after that, war,” said Anna Sydoruk, chief operating officer at education organisation Osvitoria, of the approximately 5.7 million school-age children in Ukraine impacted by the conflict.

When the war started, schools shut for two weeks. Much like at the beginning of the Covid pandemic, no-one knew when they would reopen again. When lessons did restart in March, they were (and continue to be) primarily online. 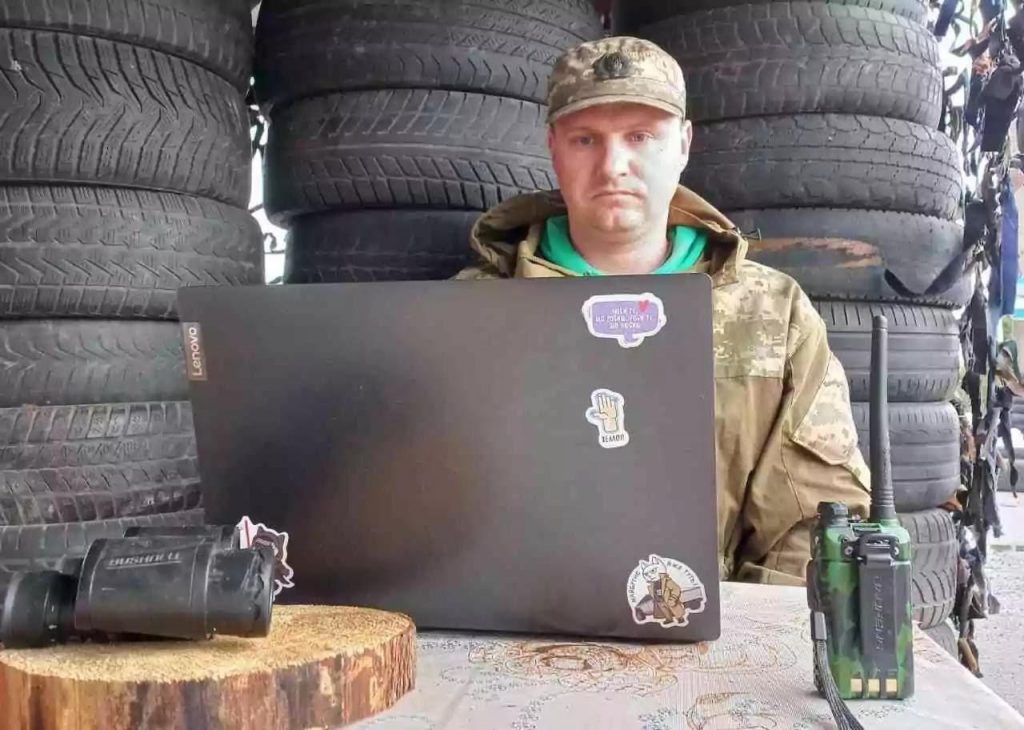 “We started with webinars and TV lessons for kids,” said Sydoruk. “And those kids, they were watching these webinars even from bomb shelters.”

Osvitoria was established in 2014 to improve the quality of education in Ukraine, including working in partnership with the government to roll out teacher training programmes and providing vocational training to teenagers living in orphanages.

During the pandemic, Osvitoria launched Ukrainian School Online, a digital learning platform based on the national curriculum for students in grades 5-11. It provided video lessons, online tests and revision materials.

Now, the organisation is trying to make sure that the children who have left the country, and those who remain, don’t miss out on education because of war.

“Education is not just about knowledge, it’s also about your daily routine that helps you to survive emotionally”

It has developed its online school further, enabling teachers to use the platform to deliver live classes.

This is important, Sydoruk explained, to allow students to continue connecting with their classmates and teachers, wherever they may be.

Since the beginning of the war, over 500,000 Ukrainian children from 122 countries have accessed the platform.

“The teacher can be in Poland and students can be in a different country, but they still continue to learn the Ukrainian curriculum,” Sydoruk said.

At the beginning of June, Ukraine’s education cluster group reported that 1,777 schools and other educational facilities had been damaged by war, while 194 had been destroyed altogether. 164,000 students are internally displaced. 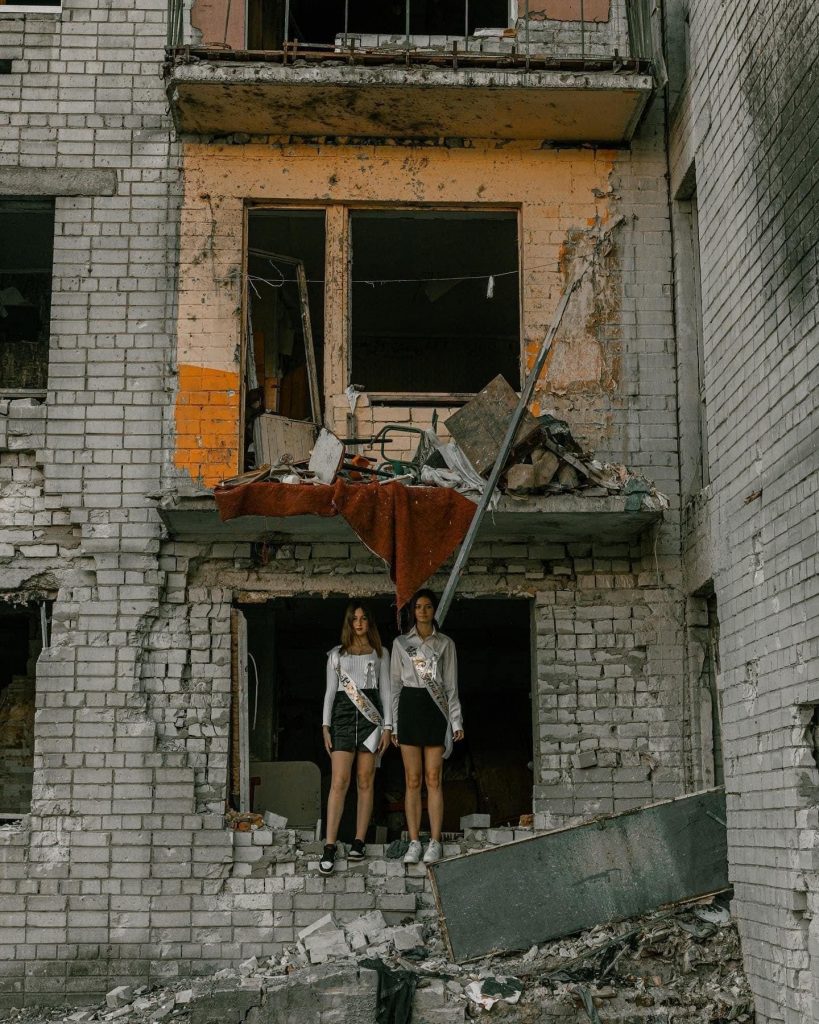 While many of the children who have fled Ukraine have joined local schools in their host countries, some continue to attend Ukrainian School Online as well, where they can learn the Ukrainian language as well as about their country’s history and culture.

“Even students from occupied territories, they still continue to learn online with the Ukrainian curriculum, with Ukrainian students, Ukrainian language,” said Sydoruk.

“And that’s what is really inspiring for us. For example, Crimea, which is occupied for the last eight years, even there are students who continue to learn Ukrainian. And that means that they are Ukrainians.”

Students who are due to graduate from high school this year can use the platform to prepare for their final exams – although these will look somewhat different this year.

In July, they are expected to take a simplified online exam composed of maths and Ukrainian language and history questions. 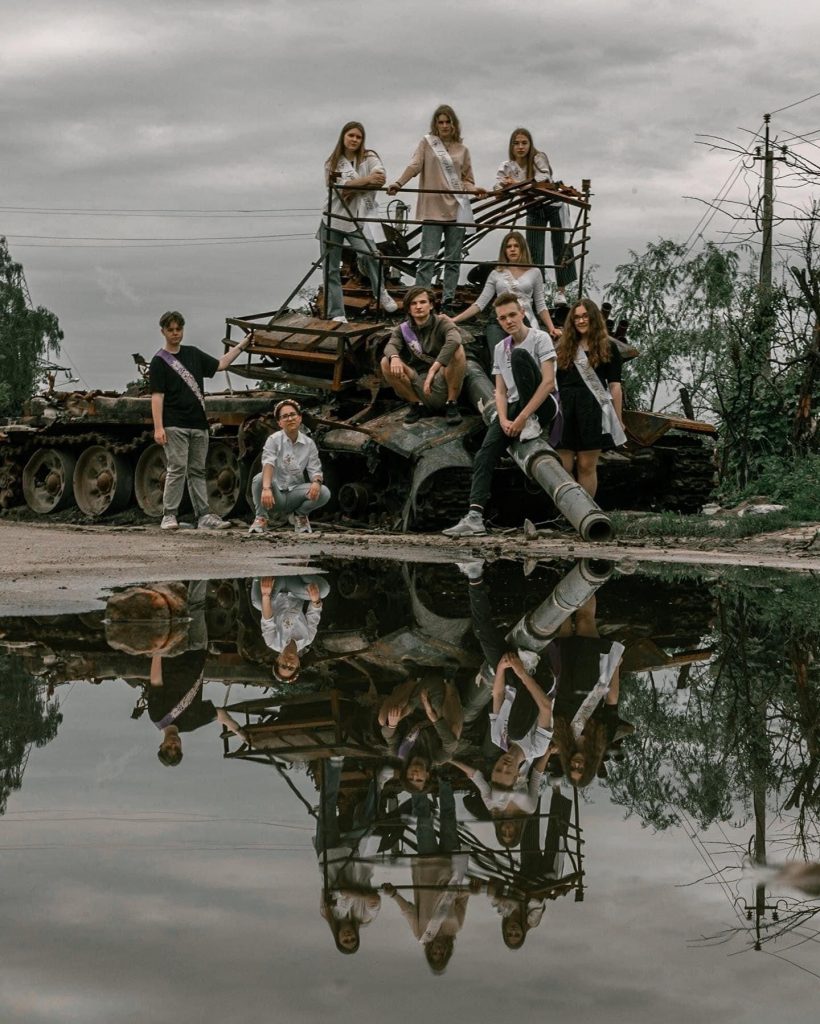 But Sydoruk is insistent that education, particularly now, is about more than just passing exams.

“Education is not just about knowledge. It’s also about your daily routine that helps you to survive emotionally,” she said, explaining that Osvitoria’s updated mission is to not only to deliver quality education, but to help children preserve a sense of their Ukrainian identity, no matter where they are.

“That’s what we believe in. What our Ukrainian students have in their heads and hearts, that will define the country that we will have in 30 years.”

The post K12: How are Ukrainian children accessing education? appeared first on The PIE News.