Family and friends have said that the life of an Afghan international student studying in Iran is “in danger” as she is allegedly sick and has been missing for almost a month.

Sahra Rezaei, a student who was studying journalism at Allameh Tabataba’i University in the country’s capital city, Tehran, vanished during student protests on October 26.

Speaking to The PIE, Faryad Kargar, who runs a blog documenting all those who have been allegedly taken, arrested or gone missing in the current unrest, relayed a message from a friend of Sahra’s.

“Sahra was on academic leave this semester – during a call from the faculty, she was told to go to the university to get her passport. Sahra went to university and from there she had her last phone call with her family [before she went missing],” the message said.

“At 12 o’clock in the afternoon, her phone was turned off, and at around 1:30 in the morning, a silent call was made to her brother with Sahra’s phone – a call that worries his family the most,” it continued.

The family also said that Sahra has heart disease, and needs her medication – therefore also being away this long means her life is in danger.

One Afghan newspaper has said that she is “probably in the custody of Iran’s security agencies”. 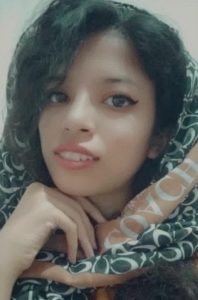 Although reports have varied across the media, increasing numbers of people have joined protests since the death of Mahsa Amini, 22, who was killed by Iran’s so-called morality police for not correctly wearing a hijab.

An activist who wishes to remain anonymous also spoke to The PIE, saying that Sahra is not the only Afghan national to go missing in Iran as a result of the protests.

“More than 500 people were killed in Iran in these two months, 70 of whom were children under the age of 18, and five Afghan immigrants were among them,” they said.

The protests in Iran are continuing, both in Iran and abroad – international students in Calgary took to the streets on November 18 to protest the regime’s atrocities towards “women, teens and children” especially.

Players of the Iranian football team who are representing the country at the FIFA world cup in Qatar also fell silent in protest during their national anthem before their match against England on November 21.

The post Iran: missing Afghan student’s “life is in danger” appeared first on The PIE News.