Enrolment innovation: look to the little guys who worked miracles in the trenches

It’s time again for another panel of experts to show us their strategies and secrets for increasing enrolment. Naturally, the panel is almost always made up of representatives from top-tier and public universities and colleges. They are sort of the Mayo Clinic or New York Yankees of higher education.

Many outside of enrolment perceive the competition like a battle between Verizon, T-Mobile, or AT&T. The represented institutions are famous and household names, being highly established, extraordinarily funded, limitlessly equipped, and being able to compete on a national and global scale like top auto racing teams like Porsche, Ferrari, and Toyota, able to hire legions of promoters, engineers, and mechanics using cutting-edge technology.

Of course, as many of us who have worked for both world-famous universities in world-famous cities and no-name colleges in tiny towns, operators at smaller institutions are often operating within the financial, equipment, and staff limitations of a neighbourhood garage or shade tree mechanic.

We understand that rather than the competitive environment being a clash of titanic-sized telecom companies, it is more like being a small winery establishing itself among hundreds or even thousands of others in warehouse-sized Total Wine Store or BevMo! stores. After all, isn’t that what those huge college fairs in convention centres feel like?

But here’s the point. If you’re struggling or just trying to find an edge, whether small or mammoth, famous or unknown, and you’re looking for new ideas and strategies to take on the Porsches, Mayo Clinics, and New York Yankees of the education world, seek out the small and unknown players who have found a way to compete and thrive against the big boys. While there is a lot to learn from the big schools and consultants, and the people who lead them are established in their positions for really, really good reasons, remember what Brad Pitt’s character, Billy Beane, said in Moneyball.

He said, “If we try to play like the Yankees in here, we will lose to the Yankees out there.” It is quite possible that rather than having limitless resources available like a surgeon at Mayo Clinic, you more closely resemble Hawkeye Pierce in M*A*S*H, making miracles happen with little or next to nothing.

These people who work in the unknown corners are frequently creative thinkers, efficient operators, and brilliant strategists who know how to leverage every resource for the best results. The hard truth is that some people who spent their successful careers at large, famous schools don’t know how to function and succeed at a less-known one without all the resources and support they once had.

As renowned Harvard professor Clayton Christensen wrote in his iconic book, “The Innovator’s Dilemma,” fundamental innovation most often occurs with small organisations fighting their way into a market and not with the big organisations.

Our modern world has been formed by people in their garages and dorm rooms, by Jobs and Wozniak and not the white collars of IBM, Bezos at home and not the C-Suite of Barnes and Noble or Borders, Netflix and not Blockbuster. Of course, they are the giants now, but they are always on the lookout for the next generation of creators operating in their shadows. Naturally, it was a relatively unknown and small university in the south of New Hampshire that teamed up with Christensen on an innovative approach to expanding enrolment for an institution locked away in the declining population of New England. Look at them now.

So, whether you’re hiring new leadership for your enrolment teams, seeking consultants to help, or attending and networking at conventions like The PIE Live in March, consider and find the little guys who did big things, those who worked miracles in the trenches. Find them on panels. Put them on panels, right along with the big players doing wonderful things with big data, artificial intelligence, and automation.

Even if you are one of those famous schools, you have something to learn from the not-so-famous schools. When we went from one of the smallest art schools, known little outside its home state at the time, to the planet’s most famous design school, we sent enrolment soaring more than 20%.

After all, as we learned in “Moneyball,” the Boston Red Sox learned how to beat the Yankees and win the World Series from the tiny, under-funded, ill-equipped, and no-name Oakland Athletics. 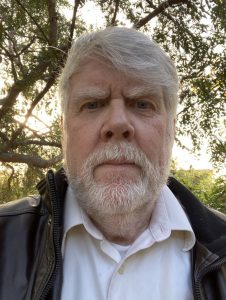 About the author: Michael Hayes worked his way through college admissions departments from counsellor to director, from tiny colleges in tiny towns that were barely known an hour away, to famous New York City colleges known in every country in the world. At each stop, from staffer to leader, he only experienced all-time enrolment records, even when the college was stagnant or in decline. He used and adapted Salesforce years before TargetX or other major universities did, created formulas to recruit in new territories before the big consultants did, adapted permission/content marketing (Seth Godin) before most did, and once in a while beat the Yankees of the world at their own game with a much smaller team than the Oakland A’s.

The post Enrolment innovation: look to the little guys who worked miracles in the trenches appeared first on The PIE News.