International students starting university in the UK this autumn will have a lot to contend with and universities have been working hard to address many areas of concern that Covid-19 has added to this emotionally charged time.

With practicalities, such as visas, testing, quarantine and vaccination requirements to think about, it would be easy for one long-term problem to drop from the agenda: The persistent gap in attainment between international and UK or EU students.

The government’s target of 600,000 international students in UK HE by 2030 has brought the disparity in degree outcomes for some international compared to domestic or EU students into sharper focus.

Back in 2019, the secretary of state for education raised the stakes further by including off-shore HE offerings in the equation, arguing, “It will be critical that OfS makes public transparent data on the outcomes achieved by international students, including those studying wholly outside the UK as it does for domestic students.”

Beyond this overt direction from the government, there is a clear economic imperative to overcoming significant differences in attainment, particularly where Chinese students are concerned. The estimated net value of UK HE from hosting full-time Chinese students was approximately £3.7 billion in 2019 and is set to grow.

“Picking up on lower English language proficiency early in the course, and providing the right kind of support ensures not just better retention – but better outcomes”

But, just as the British government is pushing to increase international student numbers, so too, the Chinese government is rapidly strengthening its own HE offering. China has marked 42 universities for development into world-class institutions and are succeeding so far judging by THE university rankings.

In parallel to these developments, the negative impacts of the pandemic on student experience in the UK, not forgetting the Brexit effect on EU applications, have made the problem relating to lower degree outcomes of many Chinese students all the more potent. But understanding this attainment gap is not difficult.

Large scale studies focused on school-aged students conducted in the UK have demonstrated that English language proficiency accounts for up to 22% of the variation in learning outcomes in pupils for whom English is an additional language. This makes English proficiency far more significant than any of the other commonly measured variables.

Thirty years of research in the HE sector (albeit smaller scale studies by comparison) have seen similar correlations consistently emerge: students with higher levels of language proficiency do better.

Universities understand that lower level language skills mean students will struggle, hence the gate-keeping role of minimum language requirements and the role of tests such as IELTS, TOEFL and the PTE Academic. But, this threshold requirement in itself is not enough. If it were, Chinese students would have similar degree outcomes to their UK and EU counterparts.

The problem is two-fold. Aside from institutions using minimum scores below the levels which may be recommended by the test designers, there is also the impact of coaching and repeat test taking to take into consideration. There is a flourishing test-preparation industry which many Chinese students will avail themselves of when seeking admission to their university of choice.

Research shows that intensive, repetitive test practice can lead to inflated results which over-state the test-takers’ mastery of English. Language courses focusing specifically on test preparation rarely lead to an improvement in actual English proficiency. What is more, on-arrival testing data shows that, even at selective universities, around 10% of students slip a grade (or even two) between sitting a language test to meet the admissions requirement and actually commencing a course of undergraduate or postgraduate study.

It is possible to tackle both challenges: Some English tests suitable for admissions assessments, such as Password Skills, offer access to familiarisation practice tests, but have no published past papers nor authorised text books teaching to the test, which discourages coaching. Other test types, similar to Password Knowledge, are specifically designed to be ‘walk-up and take’, rendering preparation courses redundant. In fact, these are key reasons why so many universities use Password English tests on arrival to identify support needs and ensure their students are set to succeed on their courses.

Picking up on lower English language proficiency early in the course, and providing the right kind of support ensures not just better retention – but better outcomes by the time the student reaches graduation. No international student ever invests a vast amount of money to attend a UK university with the ambition to get a lower second class or third class degree. And nor should they.

At Password, we believe in providing a cost effective means to ensure universities can get every student off to the flying start they deserve. 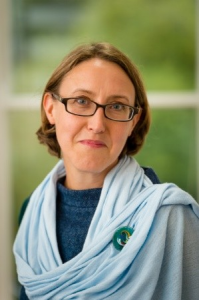 About the authors: This is a sponsored post from Helen Wood – Head of School Partnerships at Password testing and Adam Pettit, the provider’s Head of University Partnerships. 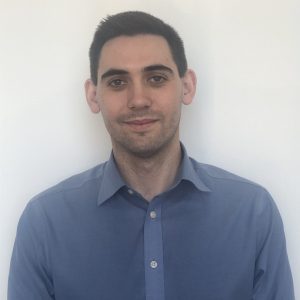