How do you show solidarity virtually?

Back in the early days of developing the #WeAreInternational campaign, we were trying to think of something which would help us express solidarity between the UK and international students.

Long before Meghan made it famous again at her wedding, there was one piece of music we thought could go alongside the images of friends across national boundaries – Stand By Me. We made our film and the soundtrack felt perfect.

Only how do you communicate solidarity when you are not only two metres apart but perhaps separated by continents and time zones?

How can you communicate not only course content and assessment regulations but ideas, reflections, friendship and warmth.

How do you let someone know they are part of an educational community, that they may be distant but they are not alone?

Discovering the answer to that question is not going to be easy but we are all learning now that online connection doesn’t take less communication, it takes more.

Learning how to build a community at a distance is something we are all doing in real time under Covid-19 lockdown as we determine that physically distant won’t mean socially isolated.

One friend says her teenager is staying in touch with her friends through memes. There are virtual coffee breaks and glasses of wine. Friends are reaching out to one another across the world with pictures and affection.

People whose social media accounts were always strictly professional are loosening their stays and sharing their feelings because we really are all in this together, frightened, vulnerable, hopeful and human.

“We really are all in this together, frightened, vulnerable, hopeful and human”

And as is so often the case, music speaks. It isn’t just the songs from the balconies of Lombardy. Musicians play together via Zoom. Soloists and choirs perform. Experiencing this builds bonds, just as a shared Spotify playlist once brought together a new cohort of students travelling across the world before they met face-to-face. Now these points of contact remind us that we can be together even when we are apart.

Which brings me back to #WeAreInternational – a campaign that began in a pub in Sheffield between students and a university, one determined to communicate solidarity on the face of division.

I remember the first time I threw out a call via Universities UK asking if others would support our efforts, not at all sure anyone world want to come to that particular party. But it turns out they did.

Pretty soon a hashtag helped identify a virtual community of stubborn Citizens of the World. I have friends because of it I’ve never met face-to-face and I call them friends because connections have deepened and we have shared both triumphs and losses. We recognised friendship and strength-in-togetherness online.

Now, wonderfully, that campaign has a new national home at UKCISA and the first-ever #WeAreInternational student ambassadors. I feel like a proud aunty. Who knew that a twinkle in the eye in a Sheffield pub would result in such a beautiful family.

But now, like all families, international education is facing perhaps its greatest ever time of challenge as we face up to something most of us never imagined. Is the party over?

Well, some things are bound to change, at least in the immediate future but I, for one, will do all in my power to ensure that it is not international education and the possibility for students to learn with one another and across national divides.

I believe that we make a better world through education and that it will take all the voices of the world to work out what that means. Our world would be impoverished if we lost that possibility of connection.

The #WeAreInternational campaign taught me that those voices are out there, we just need a means to connect them. This is communication which doesn’t just broadcast or impose messages but which provides a forum and which learns as well as teaches. There is a global choir out there with an amazing range of voices and music.

Let’s build on that now. In the heroic effort to put courses online and to ensure international students won’t have their educational dreams thrown off course, let’s remember the more personal parts of what builds a community. It isn’t a nice-to-have extra, it’s what gives us courage. It’s what will get us through to whatever new world awaits. 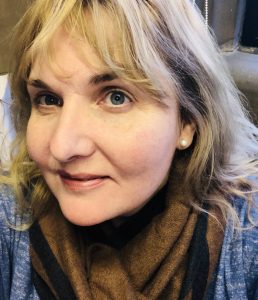 • Ruth Arnold worked at the University of Sheffield as Director of Public Affairs and is now a senior advisor for Study Group.

The post How do you show solidarity virtually? appeared first on The PIE News.